From the green grass on the golf course to the blue waters of Lake Bridgeport, Runaway Bay is a work of art.

The city is located along the southern shores of the lake and includes the only 18-hole golf course in the county at The Club at Runaway Bay.

The golf course is where the annual Firecracker Scramble Golf Tournament is held in conjunction with the Greater Runaway Bay Alliance 4th Fest. The patriotic festival is held the weekend closest to Independence Day and also includes a golf cart parade, food and games.

Runaway Bay is also home to one of two public pools in the county as well as the Chupacabra Point Paddling Trail, named after the strange creature discovered on the golf course in 2010. You can read more about the creature’s discovery at wcmessenger.com/chupacabra

The city owns a marina on the north side of U.S. 380 that features 144 lighted boat slips in a wind shielding cove. Public boat ramps are also available.

The Resort and Club at Runaway Bay, 400 Half Moon Way
Features an 18-hole golf course consistently rated as one of the best in Texas as well as a driving range and banquet facility.
Phone: 940-575-2225
Website: runawaybay.com

Sid Richardson Boy Scout Ranch, 2282 Longhorn Drive northwest of the city
Summer camp tradition for members of the Boy Scouts of America. It includes 16 miles of shoreline and offers a variety of amenities.
Website: longhorncouncil.org/camps-properties/boy-scout-camps/sid-richardson-scout-ranch

The Greater Runaway Bay Alliance, with an office in the Norma Coble Civic Center, works to promote the town and make the city a wonderful place to live, work and play. It hosts the annual 4th Fest around Independence Day.

Runaway Bay is part of the Class 4A Bridgeport Independence School District. 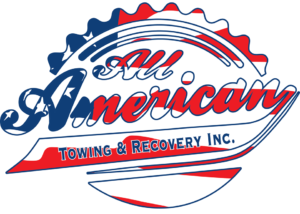 The Wise County Chamber of Commerce offers a great avenue for you to market your business throughout Wise County.
END_OF_DOCUMENT_TOKEN_TO_BE_REPLACED